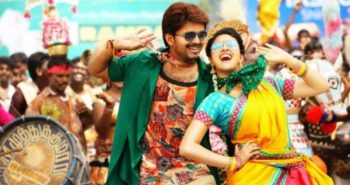 The much-awaited music album of Ilayathalapathy Vijay-starrer Bairavaa is slated to hit music stores on Friday, 23 December, 2016. Initially, Makers of the film has planned a grand music launch but later cancelled the plans announced as a mark of respect to the late former Chief Minister of Tamil Nadu, J Jayalalithaa. Following this, Bharathi Reddy cancelled the plans and now the album will directly hit music stores on 23 December.

There are 5 songs in the movie Bairavaa. The 4th song in the list Papa Papa is sung by Ilayathalapathy himself. The lyrics for all the songs in the movie are penned by Vairamuthu. Santhosh Narayanan is the music composer for this movie.

US theatrical rights of ‘Bairavaa’ sold for a record price!