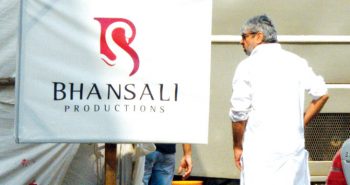 As per sources, a tragic accident had happened on the sets of Deepika Padukone and Ranveer Singh starrer Padmavati. According to reports, a painter who was adding the final touches to a tomb fell from almost 5 feet height that too on his back. Seeing his severe head injuries, he was rushed to Kokilaben Hospital immediately but he was declared dead the hospital authorities soon after.

Shobha Sant, CEO, Bhansali Productions, said, “What took place was extremely unfortunate and completely unforseen. We are making every effort to help the authorities. Our support and prayers are with deceased’s family in this time of grief.”

Meanwhile, Amit Ray and Subrata Chakraborty, the Art Directors on the film, said, “Padmavati’s sets are completely equipped with the best security measures. Despite that, no one could foresee such a rare and unfortunate occurrence.”

The lead actress of the film Deepika Padukone expressed grief over the demise of the painter.

“Shocked and saddened by the news…May his soul rest in peace and my most sincere condolences to his family..,” Deepika tweeted.

Padmavati is a periodic drama directed by Sanjay Leela Bhansali and is currently one of the highly anticipated movies. Padmavati is slated to release on November 17, 2017.