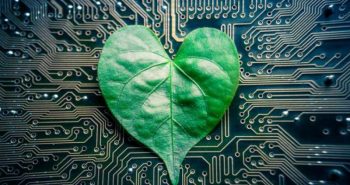 Engineers at MIT have designed a microfluidic ‘tree-on-a-chip’ device which mimics the pumping mechanism of trees and plants, and could be used to power complex movements in small robots.

The chip operates passively, requiring no moving parts or external pumps. It is able to pump water and sugars through the chip at a steady flow rate for several days.

The chip’s passive pumping may be leveraged as a simple hydraulic actuator for small robots, researchers said.

Engineers have found it difficult and expensive to make tiny, movable parts and pumps to power complex movements in small robots.

The team’s new pumping mechanism may enable robots whose motions are propelled by inexpensive, sugar-powered pumps.

“The goal of this work is cheap complexity, like one sees in nature,” said Anette Hosoi, professor at Massachusetts Institute of Technology (MIT) in the US.

“It’s easy to add another leaf or xylem channel in a tree. In small robotics, everything is hard, from manufacturing, to integration, to actuation,” said Hosoi.

“If we could make the building blocks that enable cheap complexity, that would be super exciting. I think these (microfluidic pumps) are a step in that direction,” Hosoi said.

The general understanding among biologists is that water, propelled by surface tension, travels up a tree’s channels of xylem, then diffuses through a semipermeable membrane and down into channels of phloem that contain sugar and other nutrients.

The more sugar there is in the phloem, the more water flows from xylem to phloem to balance out the sugar-to-water gradient, in a passive process known as osmosis.

The resulting water flow flushes nutrients down to the roots. Trees and plants are thought to maintain this pumping process as more water is drawn up from their roots.

To make the chip, the researchers sandwiched together two plastic slides, through which they drilled small channels to represent xylem and phloem.

They placed another membrane over the slide containing the phloem channel, and set a sugar cube on top to represent the additional source of sugar diffusing from a tree’s leaves into the phloem.

They hooked the chip up to a tube, which fed water from a tank into the chip.

With this simple setup, the chip was able to passively pump water from the tank through the chip and out into a beaker, at a constant flow rate for several days, as opposed to previous designs that only pumped for several minutes.

The research was published in the journal Nature Plants.