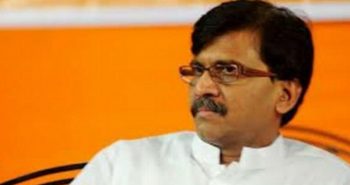 Expressing grave concern over the recent episode where two Indian Sufi clerics had disappeared in Pakistan, the Shiv Sena on Tuesday said the Indians and Muslims in the country in particular should isolate Islamabad completely.

Shiv Sena leader Sanjay Raut said that this matter should be thoroughly investigated.

“I have always been saying that India should not keep any relationship with Pakistan. Their artists, their cricket team and others from the neighbouring nation should not be allowed to visit India. Even the Indians should not go there,” Raut told ANI.

“Why did they (clerics) go there when they know what kind of relations both countries share? If you are a true Indian then you should be angry with Pakistan,” he added while asserting that the Muslims in India must up the ante against Pakistan.

Syed Asif Nizami, the head priest of Hazrat Nizamuddin Aulia Dargah, and his nephew Nazim Ali Nizami were welcomed at the airport yesterday by their family members and a group of well-wishers.

The duo had gone to Lahore on March 8 but went missing mid last week following which India took up the issue with Islamabad.