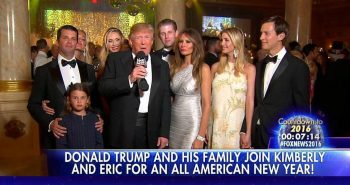 On New Year’s Eve, President – elect Donald Trump sent New Year’s greetings to his “many enemies” in a backhanded tweet Saturday in which he gloated over his political conquests.

He posted: “Happy New Year to all, including to my many enemies and those who have fought me and lost so badly they just don’t know what to do. Love!”