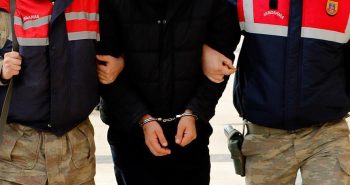 The Turkish Interior Ministry has announced that over the last week, 78 people were detained and 12 were arrested over suspected links with Daesh.

Of the 1,096 suspects detained over suspected links to FETÖ, 426 were arrested.

More than 500 suspects were detained and 78 arrested over links to the PKK terrorist organization.

FBI warns of possible terror attacks on churches, holiday gatherings in US