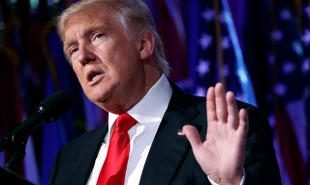 US President-elect Donald Trump said that the U.S. does not necessarily need to be bound by the ‘one China’ policy, in an interview on the Fox News show “Fox News Sunday.”

“I don’t want China dictating to me,” Trump said as he made a vehement defense of his recent phone conversation with the president of Taiwan.

“I fully understand the ‘one-China’ policy, but I don’t know why we have to be bound by a ‘one-China’ policy unless we make a deal with China having to do with other things, including trade,” Trump said during the TV broadcast.

In the Fox interview, Trump criticized China over its currency policies, its activities in the South China Sea and its stance toward North Korea. He said it was not up to Beijing to decide whether he should take a call from Taiwan`s leader.

“I don`t want China dictating to me and this was a call put in to me,” Trump said. “It was a very nice call. Short. And why should some other nation be able to say I can`t take a call?”

“I think it actually would`ve been very disrespectful, to be honest with you, not taking it,” Trump added.

Trump plans to nominate a long-standing friend of Beijing, Iowa Governor Terry Branstad, as the next US ambassador to China.