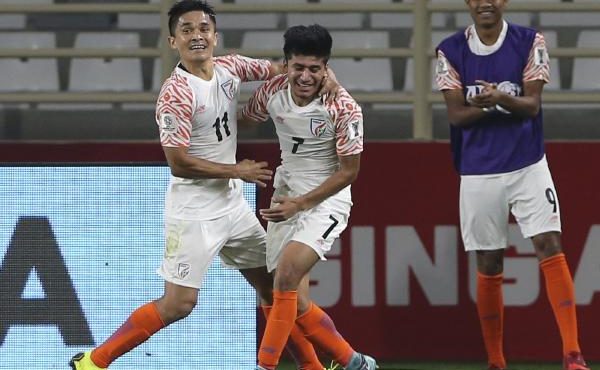 United Arab Emirates beated Indian team in 0-2 in the Asian Cup football match yesterday. It is said that Indian players have missed the three chances to score a goal.

Asian Cup football tournaments have been held since the 5th and the Indian team in the A group stage won the first match with Thai team. The same enthusiasm was expected to win the match against the United Arab Emirates in yesterday.

However, the United Arab Emirates squad for a shot in the 41 minutes and a goal in the 88th minute. The Indian team has not even scored a goal. India had failed to score a goal.