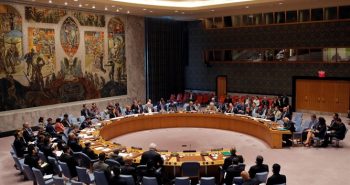 The UN Security Council will vote on Thursday on an Egyptian-drafted resolution demanding that Israel immediately halt its settlement activities in the West Bank and construction in East Jerusalem.

According to the news agency, the resolution will demand that Israel “immediately and completely cease all settlement activities in the occupied Palestinian territory, including East Jerusalem.”

Egypt circulated the draft late Wednesday and a vote was scheduled for 3 p.m. (10 p.m. Israel time) on Thursday, the diplomats said.

Israeli Prime Minister Benjamin Netanyahu called on the United States to use its veto to block the measure.

“The US should veto the anti-Israel resolution at the UN Security Council on Thursday,” he tweeted.