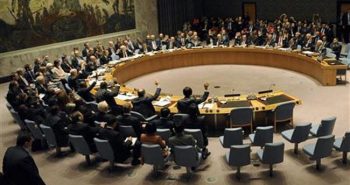 The UN Security Council on December 18 is set to vote on a French-drafted proposal to send monitors to Aleppo to observe evacuations from besieged areas of the Syrian city.

The council will meet at 11:00 am (1600 GMT) to decide on the draft resolution, despite resistance from Russia, Syria’s ally and a veto-wielding Security Council member.

The text of the draft resolution asks UN Secretary-General Ban Ki-moon to “redeploy the United Nations humanitarian staff already on the ground to carry out adequate, neutral monitoring, direct observation and to report on evacuations from besieged parts of Aleppo and protection of civilians inside Aleppo.”

The proposal would also seek to ensure the “voluntary, safe and dignified passage of all civilians” from Aleppo and other areas subject to UN monitoring, with the wounded and most vulnerable given priority.