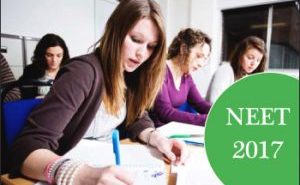 “We are very hopeful of getting the President’s assent. However, if anything goes wrong, it is better to have an extension. It does not mean we have given up hope. We are confident and we know that the Central Government will respect the voice of the people of the state. We are only asking for the extension because many have missed applying for the test,” said Dr. G. R. Ravindranath of DASE.

Stating that Tamil Nadu will not give up in its fight for exempting the students from the test, Director of Medical Education Dr. Narayana Babu said that the state’s policy is to follow what was followed last year.

The Tamil Nadu government is for the system of counselling to benefit poor students. “A large number of rural students will benefit from the counseling as they will be unable to afford the entire process of the competitive examination,” he said.

Students however, continue to ask the same question on what the status of Neet is in the state. “We are very hopeful that the state will be exempted, however, we are still awaiting clarity on the same. Whatever information we get on the same is from the press. We hope that the government does a better job of informing the students of what the situation actually is,” said R. Vignesh, a plus two student.