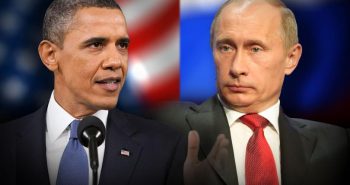 President Barack Obama on Thursday ordered the expulsion of 35 Russian diplomats from the U.S. and imposed sanctions on two Russian intelligence agencies over their involvement in hacking US political groups in the 2016 presidential election.

It was the strongest action the Obama administration has taken to date to retaliate for a cyber attack.

The 35 Russian diplomats being kicked out are intelligence operatives, Obama said. The State Department said they were being declared “persona non grata,” and they were given 72 hours to leave the country.

The two compounds being closed down are recreational facilities owned by Russia’s government, one in Maryland and one in New York, the US said.

The White House said Russia had been notified that Russia would be denied access to the sites starting noon on Friday.