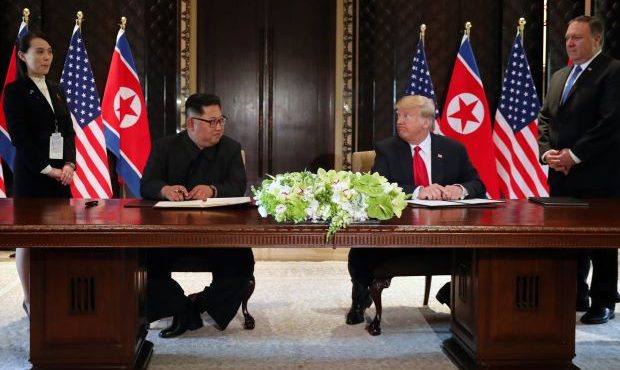 US President Donald Trump on Monday inked his administration’s first trade deal with South Korea, which he described as “a historic milestone” and a promise fulfilled to his countrymen.

During the meeting, Moon shared with Trump the outcomes of September’s inter-Korean summit, which included Democratic People’s Republic of Korea Chairman Kim Jong Un’s reiteration of his commitment to complete denuclearisation

“The two leaders agreed on the importance of maintaining vigorous enforcement of existing sanctions to ensure North Korea understands that denuclearisation is the only path to economic prosperity and lasting peace on the Korean Peninsula,” the White House said in a readout of the meeting