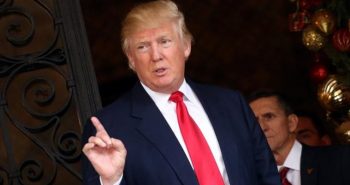 US President-elect Donald Trump on Thursday abruptly called for the United States to “greatly strengthen and expand its nuclear capability” until the rest of the world “comes to its senses” regarding nuclear weapons.

“The United States must greatly strengthen and expand its nuclear capability until such time as the world comes to its senses regarding nukes,” Trump wrote on Twitter, without explaining what he meant.

His comments on Twitter came hours after Russian President Vladimir Putin said strengthening his country’s nuclear capabilities should be a chief military objective in the coming year.

“We need to strengthen the military potential of strategic nuclear forces, especially with missile complexes that can reliably penetrate any existing and prospective missile defence systems,” Putin said.