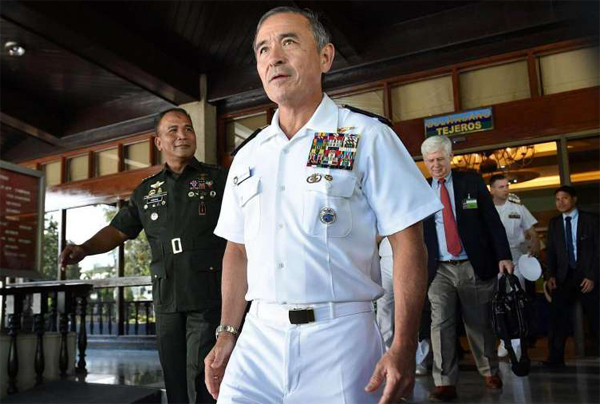 The US has warned China against “aggressive behavior in the South China Sea,” saying it would not accept Beijing’s control of the region.

The warning by Admiral Harry Harris, head of the US Pacific Command, came on Wednesday as tensions between two powers continue to rise.

“We will not allow a shared domain to be closed down unilaterally no matter how many bases are built on artificial features in the South China Sea,” he said. “We will cooperate when we can but we will be ready to confront when we must.”

The comments threaten to stoke tensions between the United States and China, already heightened by President-elect Donald Trump’s decision to accept a telephone call from Taiwan’s president on Dec. 2 that prompted a diplomatic protest from Beijing.