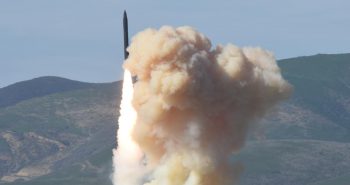 The United States on Sunday issued a warning to North Korea against “provocative actions” just hours after Pyongyang claimed that it would be able to test-fire an intercontinental ballistic missile (ICBM) capable of reaching the US.

The toughly worded US statement called on “all states” to show the North that any unlawful actions would have “consequences.” It asked North Korea to “refrain from provocative actions and inflammatory rhetoric that threaten international peace and stability.”

Kim delivered the warning during a televised New Year’s address, during which he mentioned missile tests carried out over the past year that had antagonized Washington, AFP reports.

“We are in the final stages of test-launching the intercontinental ballistic missile,” the North Korean leader was quoted by AFP as saying, referring to Pyongyang as a “military power of the East that cannot be touched by even the strongest enemy.”