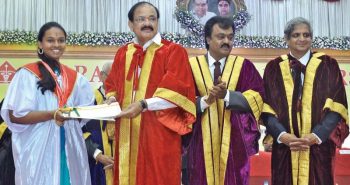 Union Information and Broadcasting Minister M. Venkaiah Naidu took strong exception to the DMK for describing the ruling AIADMK as a ‘benami’ government of Prime Minister Narendra Modi. He retorted by asking if it was alright to call the DMK the ‘benami’ of the Congress-led UPA regime.

“Some say it (the AIADMK government) is a benami of the Centre. Was the earlier DMK government a benami of the Congress,” Mr. Venkaiah asked during a brief chat with reporters here on Sunday. He was reacting to the DMK working president MK Stalin’s Saturday remark dubbing the Edappadi K. Palanisami government as Modi’s ‘proxy regime,’ and alleged that it was not fighting to secure Tamil Nadu’s rights.

The Union Minister, while reiterating that the Centre had no role at all in the crisis that was precipitated within the AIADMK, said the BJP did not have anything to gain by controlling a State government from New Delhi. “We want a stable government in Tamil Nadu after that party resolves the differences within it,” he added.

Also, Mr. Venkaiah Naidu flayed the DMK for holding a meeting recently to discuss the problems of the farmers affected by the drought. It cannot be called an all-party meeting as the ruling AIADMK and the BJP were not part of it, he pointed out. It may be recalled that the State unit of the BJP questioned the rationale of conducting such a meeting and said the farmers’ issue ought to be sorted by the State government.

Earlier, upon his arrival to the city on Saturday the Minister had stressed that the farmers have to meet the Chief Minister to get their problems resolved and whatever Delhi has to do, it had already done.