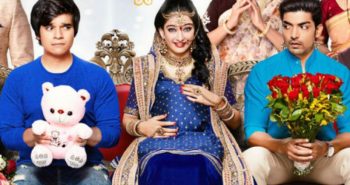 Political objection to films has become quite frequent nowadays and the controversy is especially heightened when the film is just a few days away from the release.

The outfit is protesting a scene in the film where Akshara’s character, who is pregnant, is getting married. They believe that the scene can hurt Hindu sentiments and have demanded the makers to remove the scene.

According to a report in firstpost.com, members of the outfit protested outside the maker’s office and held slogans against the film.

The makers are, however, keen to go ahead with the release of the film.

“We are not going to delete a single scene from our film. We have got a U/A certificate and not even one scene has been chopped from the film,” TP Aggarwal, co-producer of the film, told the news portal.