Vidya to play the female lead in Ranjith-thalaivar combo? 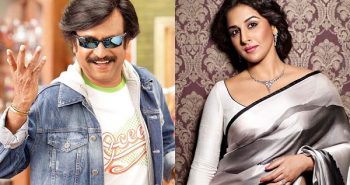 Director Pa Ranjith, who is teaming up with Superstar Rajinikanth again after Kabali, is currently busy working on the script. However, we have heard that the team is busy finalising the cast of the film, and interestingly, they are in talks with Bollywood actress Vidya Balan to play the female lead in the film.

Earlier too, there were reports that Vidya Balan had been approached for Kabali, before Radhika Apte was finalised as the female lead. This time, says a source in the know, “The makers of the film met Vidya Balan recently, and have finalised her as the lead. However, they are still working on the dates, and only then the official agreement would be signed.” Produced by Dhanush, the rest of the cast for the film, which many speculate could be the sequel to Kabali, is yet to be decided.