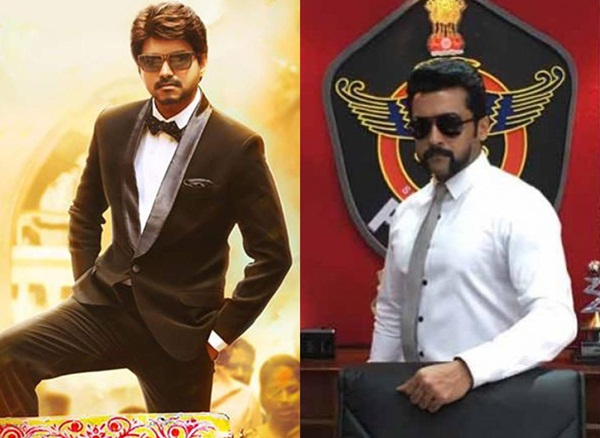 Vijay –Suriya marks a thrilling co-incidence for Vijay’s ‘Azhagiya Tamizh Magan’ and Suriya’s ‘Vel’ , Vijay’s ‘Velayudham’ and Suriya’s ‘7am Arivu’. Well, in 2017 for Pongal, there seems to be the repeated moment as both the actors will have their releases together.

Ilayathalapathy Vijay’s ‘Bairavaa’ is confirmed for release on Pongal 2017 with huge expectations riding on it.  Suriya’s Singam 3 is happening on full swing and the film has already gained excess expectations and is most likely to hit the screens for the same occasion. It is going to be a major treat for both Vijay and Suriya fans.