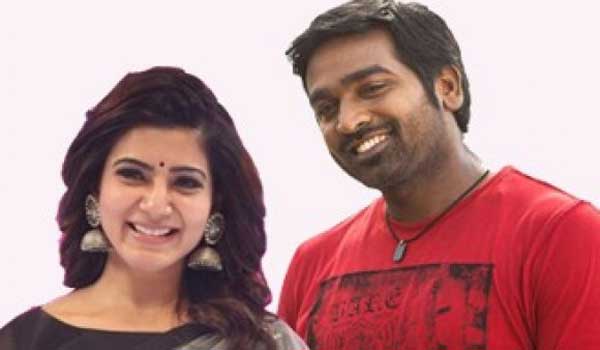 Vijay sethupathi paired with Samantha has acted in the super deluxe film directed by Thiyagarajan Kumaraja.

In Another movie Samantha also pairing with Vijay Sethupathi movie titled as ‘Tughlaq Durbar’ directed by director Dilli Prasad and the film is said to be a strong turning point for Samantha.

The film is produced by 7 Screen Studio. It is noteworthy that this production already launched in vijaysethupathi,Trisha starred in ’96’.