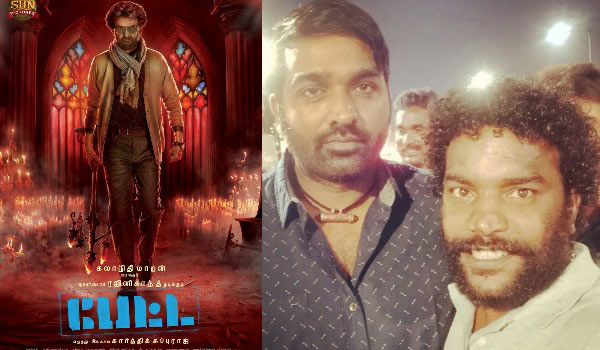 Superstar Rajinikanth’s upcoming biggie Petta with director Karthik Subbaraj is getting bigger by the day as the star cast is expanding with some big names.The next big name after Rajinikanth in Petta is Vijay Sethupathi. The talented actor is said to playing a negative role in the movie and the build-up to the clash between him and Rajinikanth is sky high.

Vijay Sethupathi said, “They say that Rajinikanth sir is in the industry for 40 years but if you ask me… He works like he is doing his first film. It surprised me. He puts so much effort for every scene. I was so shocked. Because I doubt that if I will have the much sincerity when I reach his age and be normal like him. It is not self-controlling, he is just being normal.”

“He has so much respect for the work he does. He listens so much. Karthik Subbaraj and his whole family are huge fans of Rajinikanth. But still, Rajinikanth goes and asks Karthik, ‘Director sir.. shall I do this..”. That is how much he respects his job and his co-workers. That is Rajinikanth”, Vijay Sethupathi added.