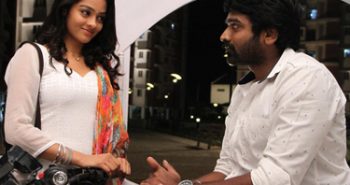 We have been constantly updating on the list of films that are being announced to hit screens on Pongal 2017. ‘Ilayathalapathy‘ Vijay action entertainer Bairavaa scheduled for January 12, 2017 release.

Vijay Sethupathi is joining as the seventh film on 2017 Pongal race. The film directed by Ranjit Jeyakodi.

The film features Gayathri in female lead role, who had earlier paired up with him in the movie ‘Naduvula Konjam Pakkatha Kaanom’ and comedy actor Arjun of Kadhalil Sodhapuvadhu Yeppadi has played an important role too.