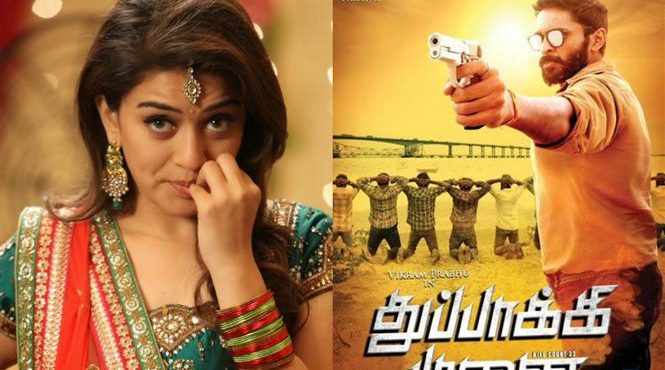 Vikram Prabhu will soon be seen playing a 45-year-old encounter specialist called Birla Bose in his upcoming film Thuppakki Munai. The actor, who has largely refrained from experimenting with his looks until now, will sport a brand new grey-haired avatar in the flick.

The film, directed by Dinesh Selvaraj, a former assistant of Mani Ratnam, aims to shed light on policemen’s untiring service to society. “What Birla Bose loses and gains in his life as an upright cop forms the crux of the story”

The movie has been shot extensively in Rameswaram, Dhanushkodi and surrounding islands, as well as Chennai, Mumbai, Delhi and Madurai. It has Hansika paired with Vikram for the first time, and it also features Vela Ramamurthy, ‘Aadukalam’ Naren, MS Bhaskar, and Bharat Reddy in its supporting cast.