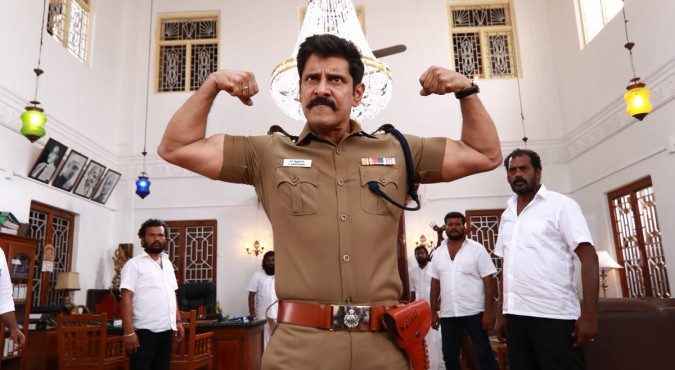 Last month during the Saamy Square audio launch, it was suggested the film could make its way to theatres on September 20.That said, this ‘Chiyaan’ Vikram starrer directed by Hari with Devi Sri Prasad’s music under the Thameens Films banner could now likely come out on an another date.

Our sources now state, Saamy 2, starring Keerthy Suresh as the female lead will hit screens either as intended initially on September 20 or on the next day, September 21.

Furthermore, the makers will be sending the action entertainer also featuring Aishwarya Rajesh for the censor certification on either September 5 or 6.