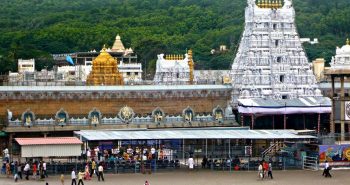 On Tuesday  Mr.Venkaiah Naidu, Vice-President visited Tirumala Venkateswara shrine.  To facilitate devotees have darshan , he urged dignitaries and VIP’s to minimise their visits. He said the number of devotees thronging the temple town has increased in the recent years. He said it can be reduced to once in a year. He stated that “Even in the past, I had openly articulated my feelings and it will be better if the TTD management also considers it with the same spirit”. “The darshan should be peaceful and gratifying. The comfort of a few should not be displeasing for others. It is for this reason that I have preferred to walk along the ordinary darshan lines instead of entering the temple from the ‘Mahadwaram’ (main entrance),” Mr. Naidu said. On the successful completion of one year in the office of vice-president, he was at the temple. Mr.Naidu said that he prayed for the well being of the people and prosperity of the nation.