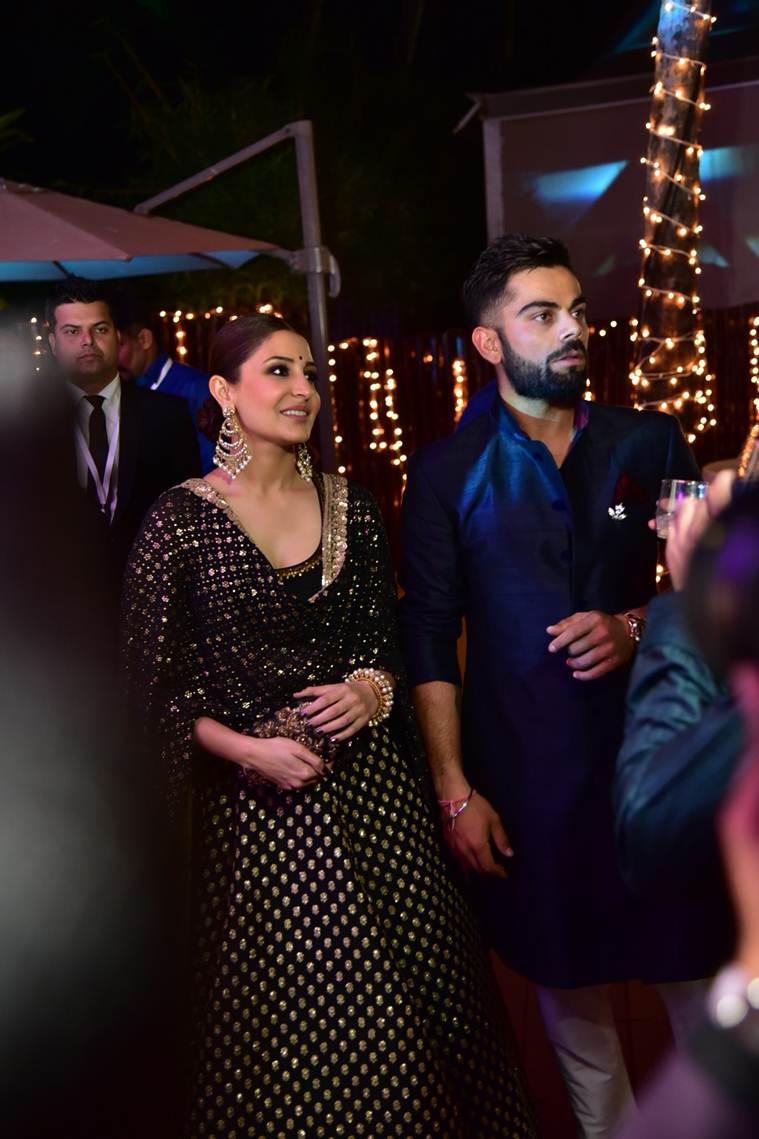 The Indian Cricket Team’s Test captain recently attended the wedding of his dear friend Yuvraj and Hazel. His wedding date was none other than alleged girlfriend Anushka Sharma.

Virat Kohli and Ansuhka Sharma were seen shaking their legs with the newly-wed couple. While Virat looked dapper in a blue sherwani, Anushka won hearts with her black and golden ethnic dress.

The goa ceremony was set in a beach-side resort at Teso Waterfront at Siolim in North Goa and was swarming with celebrities like Virat Kholi, Anushka, Mukesh and Nita Ambani, cricketer Rohit Sharma and wife Ritika Sajdeh, Zaheer Khan and Ashish Nehra, attended the celebrations.

Yuvraj and Hazel will now fly to Delhi for the reception ceremony scheduled on 7th December and guests from the political world are expected to attend the event.

Happy birthday to Indian All round player