Virat Kohli is the best batsman in the world: Shane Warne 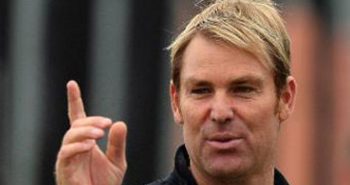 Spin legend and former Australian cricketer Shane Warne has rated Indian skipper Virat Kohli as the best batsman in the world. The former leg-spinner said that the batsman is a mix of greats like Vivian Richards, Sachin Tendulkar and Brian Lara. Warne also hailed Kohli’s aggressive style of captaincy.

“Virat Kohli is the number one batsman in the world. It is uncanny how he has scored so many international hundreds and so quickly. He has the swag of Viv Richards, he is like Tendulkar or Lara. I am a big fan of his and love watching him. He is a bit of a mongrel as a captain and aggressive too and I love that about him. He is different,” Warne said during a discussion at SporTale.

Warne declared India as the favourites to win the four-match Test against Australia, but maintained that series will be closer than what people think.

“India are huge favourites in the upcoming series. They have had a remarkable run and are always difficult to beat at home. We won against them in 2004 but after that we have failed to repeat the same. Australia nowadays rely on too few which is a bit of a problem. There is too much reliance on Steve Smith and David Warner and this series will be an opportunity for the others to step up,” said Warne.

“The series is going to be very close than what people think. Australia have to go in with an attacking mindset. This will be the sort of series where you need to attack. There is a risk of being bowled and losing but the best chance is to attack.”