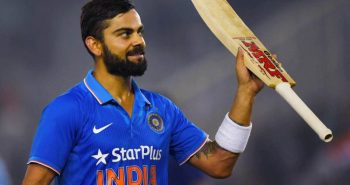 India’s limited overs cricket will usher in a new era with the national selectors expected to name Virat Kohli is the likely choice to replace Dhoni and captain India,  when they pick the squad for three ODIs and three T20 Internationals against England in Mumbai on Friday. The first ODI is in Pune on January 15.

Test skipper Virat Kohli is expected to be anointed captain of the limited overs teams also, following MS Dhoni’s sudden decision on Wednesday to quit the limited-overs captaincy and continue as a ‘keeper-bat in the team.