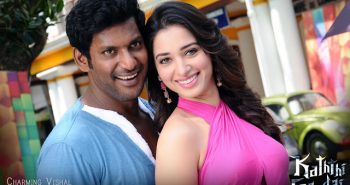 Vishal’s  “Kaththi Sandai” was previously set to hit the screens for the Pongal 2017, but Vishal’s new film has now been advanced release on 23rd December.

However, with Suriyas S 3 already postponing its release, Vishal is likely to have a solo run at the box office. Directed by Suraaj, the film has Tamannaah as the leading lady and Aadhi as the music director. Cameo Films has bagged the release rights, Studio 9 has the overseas rights.