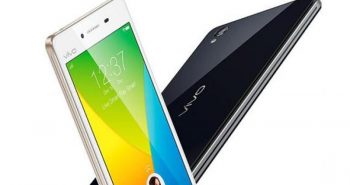 Smartphone maker Vivo launched its Y51L smartphone back in January, 2016. At that time, the smartphone was priced at Rs 11,980. However, a new report suggests that the device has received a price-cut and is now available at a steal-price of Rs 8,990.

On the specifications front, the device sports a 5-inch touchscreen display with a resolution of 540 x 960 pixels. The smartphone is packed with 1.2GHz quad-core Qualcomm Snapdragon 410 processor coupled with 2GB of RAM and 16GB of internal storage, which is further expandable up to 128GB via a microSD card.

On the camera front, the smartphone packs an 8MP rear camera along with a 5MP front shooter for selfies.

The smartphone runs on Android 5.0.2 and is powered by a 2350mAh non-removable battery. On the connectivity front, the device offers Wi-Fi, GPS, Bluetooth, USB OTG, FM, 3G, 4G and a dual SIM that accepts Micro SIM.