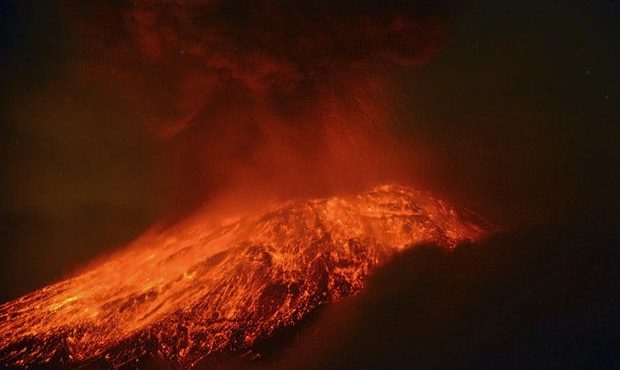 Mexico: A volcano erupted in Mexico with a loud noise. From the vault of the volcano to the fire, the dust and the ashes burst. The lava of various metals runs into the river.

The surrounding villages have been removed to safety areas due to volcanic eruptions.

Before the volcano’s noise was heard, a nearby camera was placed. Then the volcano smoke reveals the continuous eruption of fire again. Analysts said that the volcano’s emission smoke reached about 8,000 feet