Want to act as a character actress : Jangiri Madhumitha:- 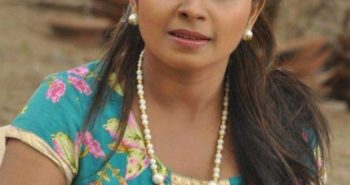 Madhumitha paired santhanam in the movie oru kal oru kannadi(her debut movie), after that upto 15 films she had acted, now she’s so busy in the movies like saravanan iruka bayamen, mohini, konjam konjam. She said that in the upcoming films I’m acting not only in comedy roles also I am doing some different roles.

In the movie “Hello nan pei pesuren” they made me to act more seriously rather than a comedy role, and many had appreciated me for that kind act so in upcoming period surely I’ll do both comedy roles and serious roles. I paired santhanam with OK OK movie and valiba raja movies but after that he shifted from comedian to hero so there’s no call for santhanam movie after that I like santhanam very much as a comedian but more than that as a hero.

I’m so surprised that wow a comedian like santhanam have become a hero like this really that thing made me amused.

Finishing protests for jallikattu in TamilNadu, Simbu’s next step in Mumbai:-