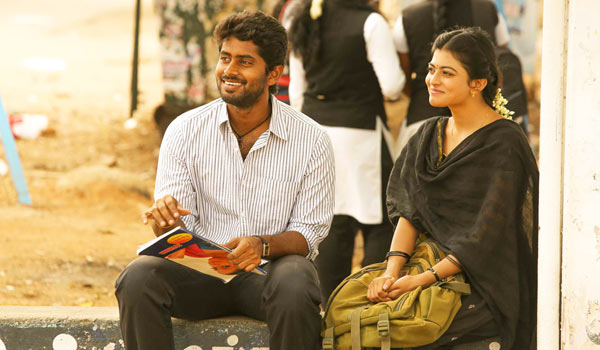 Pa.Ranjith who is famous for his social drama based thrillers is producing a film under his banner Neelam Productions named ‘Pariyerum Perumal’. Vikram Vedha fame Kathir and Kayal fame Anandhi is starring in this film. It is being directed by Mari Selvaraj.

Pariyerum Perumal’s is set to entertain the audience from September 28th. This movie’s trailer has been released today. A Dog named ‘Karuppi’ plays a crucial role in this film. Santhosh Narayanan has composed some sensational songs which received a tremendous response among the audience.

Kabali and Kaala combination have worked out really well for Santhosh Narayanan and Pa.Ranjith. This combo has once again joined together for this movie where this time Ranjith takes the position of a Producer.