We are in no way connected to the Kannadigas issue: SS Rajamouli 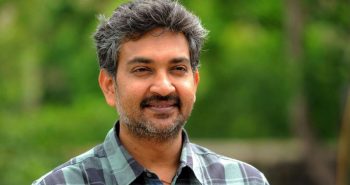 As reported earlier, director SS Rajamouli’s Baahubali: The Conclusion’s Kannada release might get stalled due to Sathyaraj’s comments, which he made nine years ago about the Cauvery issue. Pro-Kannadigas have issued a statement saying that the film would release only if Sathyaraj issues an open apology.

In a video interview, the director says, “The saddest thing is that people think that the issue is recent. But, Sathyaraj made those comments nine years ago! We are not fluent in Tamil, so we couldn’t decipher Sathyaraj’s comments. We don’t understand the objection of Kannadigas as well. So many films including Baahubali: The Beginning released in these nine years — and there were no objections from their side. This is out of the blue! It is a sensitive issue and we are in no way connected to it. We don’t know if our voice would pacify the problem or not. At present, we are in a confused state. Sathyaraj is not the director or producer of Baahubali and to stall the release of a film citing his comments is not the right thing to do.”

Producer Shobu adds, “It doesn’t affect Sathyaraj in any way. If at all it affects, it is the film that falls into the trap and not the actor.”

Baahubali: The Conclusion is slated to hit the theatres worldwide on April 28 across the world. The film stars Prabhas, Anushka Shetty, Rana Daggubati, Tamannaah, Ramya Krishnan, Sathyaraj and Nasser in prominent roles.