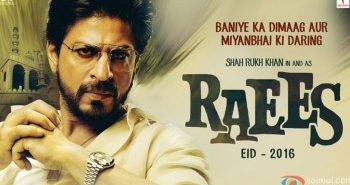 SRK fans are waiting for ‘Raees’ trailer from long time as the film release date has delayed multiple times. The rumors were in the air that Raees trailer will be  attached to ‘Dear Zindagi’ release, Shah Rukh Khan  declined all such rumors.

Now the producer of the film, Ritesh Sidhwani has asked fans to stay tuned for next 48 hours for the trailer of the film. In his tweet, he urged social media users to wait for another 48 hours, after which Raees trailer release date, time and location will be revealed.