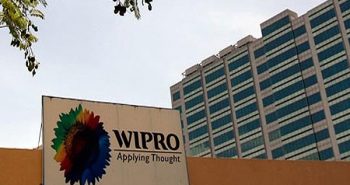 India’s third-largest IT software service firm Wipro, on Friday informed the Bombay Stock Exchange (BSE) that it will be paying $5 million to the US Securities and Exchange Commission (SEC) to settle a six-year-old embezzlement case. The Wipro stock was trading flat at Rs 457 at around 12.45 pm.

In a statement issued to the BSE on Friday, the company stated that it has neither admitted nor denied SEC’s allegation that it violated certain provisions of the Securities Exchange Act of 1934″.

“Under the terms of settlement, the company consents to pay a civil money penalty of $5 million, to cease and desist from committing or causing violations of the Exchange Act and to undertake certain follow-through actions,” Wipro said in a filing to the Bombay Stock Exchange.

According to an SEC statement, an accountant in Wipro’s Controllership Division, Anup Agarwal, embezzled Rs 228 million, or more than $4 million from 2006 through 2009, and was involved in other misconduct, including personal transactions with his supervisors, Badree Komandur and Satish Arunachalam.