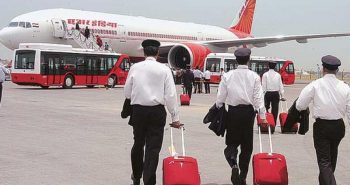 As part of the DGCA safety regulations, all pilots and cabin crew must undergo breath analyzer test before and after flights. And this test is mandatory to all even women pilots, if they failed so in the test respective actions will be taken on them like suspension or periodic bans.

The woman pilot and cabin crew along with other operating crew were rostered for Air India flight AI-9631 on January 25 for Rajkot from New Delhi. After they reported for duty, as per norms, they were told to undertake breath analyzer test. However, the findings were positive.

Aircraft rules prohibit crew members from taking any alcoholic drink 12 hours prior to the commencement of a flight, and it is mandatory for the employee to undergo an alcohol test both before and after operating a flight.