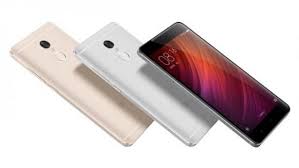 Xiaomi is set to launch its flagship Redmi Note 4 smartphone in India in the middle of January.

The Xiaomi Redmi Note 4 sports a 5.5-inch full HD display with a screen resolution of 1920×1080 pixels with 2.5d curved glass. The company might launch the Qualcomm Snapdragon 624 chipset with Adreno 506 GPU. The device is expected to come with different RAM (2GB/3GB/4GB) and storage (16GB/64GB) configurations. The storage can be expanded up to 128GB via microSD card.

While the rear camera will be most likely equipped with a 13MP sensor, the front-facing shooter will carry a 5MP sensor with FHD video recording capabilities. A 4100mAh battery completes the package.

OnePlus Nord 2 said to launch at Rs 29,999 in a new leak hours before the launch