You will see me in action(OPS):- 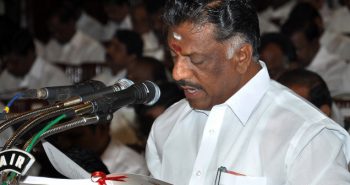 After meeting the prime minister in Delhi our chief minister OPS had given an interview to the reporters that “I have told jallikattu should return its our culture its our sports its our pride”, he replied that I can experience the feelings of the people of tamil nadu.