Your ‘reaction’ on Facebook means a lot more than you think 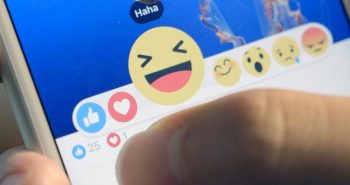 Social media giant Facebook officially rolled out a unique feature called ‘Reactions’ exactly a year from today. The new feature served as an extension of the ‘Like’ button which provided users with six different emotive reactions including: Love, Haha, Wow, Sad and Angry.

However, you might want to re-think before reacting positively or negatively towards any post. Facebook reportedly weighs the user’s reactions as a determining factor for what kind of content should surface on their News Feed.

“Over the past year we’ve found that if people leave a Reaction on a post, it is an even stronger signal that they’d want to see that type of post than if they left a Life on the post,” a Facebook spokesperson was reported by The Mashable as saying. “So we are updating News Feed to weigh reactions a little more than Likes when taking into account how relevant the story is to each person.”

However — at the moment — all reactions weigh the same value. Therefore, the algorithm won’t be affected by a ‘Love’ over ‘Angry.’