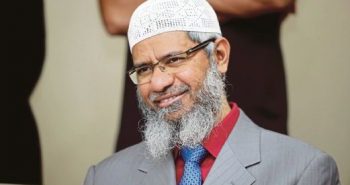 The NIA has been conducting searches since November 19 and have raided at least 20 premises in Mumbai which are connected to the IRF or its trustees.

During the search operations, video tapes and DVDs of Naik’s speeches, documents related to property and investment, financial transactions, foreign and domestic funding of the proscribed IRF as well as its associated companies, and electronic storage devices have been recovered.

The NIA is still trying to block Naik’s Facebook page, Twitter account and YouTube videos that contain alleged objectionable material and may seek help from authorities in the US where the servers of Google and Yahoo are located.