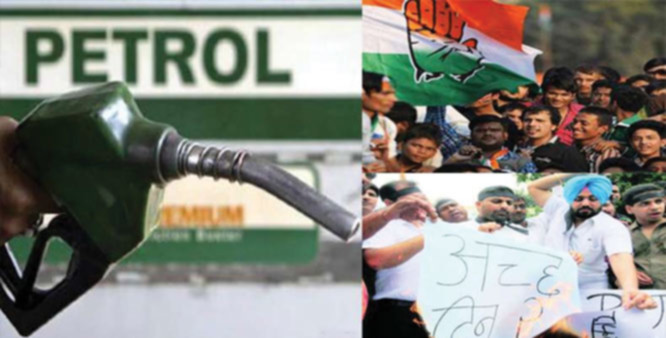 The Congress has called for a nationwide shutdown or Bharat Bandh on Monday to protest rising fuel prices and depreciation of the rupee.21 opposition parties are joining the Congress in protest on Monday to corner Narendra Modi-led NDA government in the Centre

Congress president Rahul Gandhi gave clarion call from Raj Ghat after paying homage to Mahatma Gandhi.The Congress demanded that petrol and diesel should be brought under the ambit of goods and services tax (GST), by which oil prices could drop by about Rs 15 to Rs 18.

Congress President Rahul Gandhi and leaders of the opposition parties march from Rajghat towards Ramlila Maidan, to protest against fuel price hike.