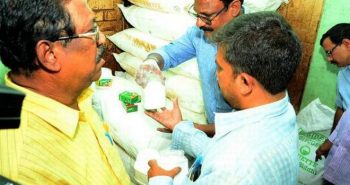 In Coimbatore,the meat stalls were inspected on Tuesday by Food safety and Standards Authority of India .In Vadavalli and Sai Baba Colony ,the shops selling meat had no adulteration content .There were 28 shops. Designated Officer of FSSAI in Coimbatore B. Vijayalalithambigai took over the process. “All the shops inspected were selling fresh meat, though some of the shops were run in an unhygienic manner. Shop owners and employees were instructed to run the business in hygienic conditions,” said Ms. Vijayalalithambigai. Licence were issued by the FSSAI for all the 16 shops inspected at Saibaba Colony. She said that  “A camp has been planned to issue FSSAI licence to them”.