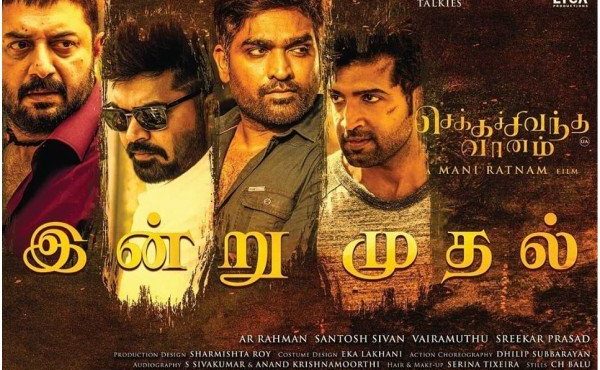 Director Mani Ratnam ‘s direction was perfect as usual, he has conveyed exactly what the scenes require without overdoing anything. His script has in-depth detailing and it was heartwarming to see his writing in a full-fledged serious flick after a long time. The way he has sculptured the lead characters of this film Chekka Chivantha Vaanam is exceptional and the fact proves his experience in this profession.

The grey shade in Arvind Swami ‘s character that is revealed at the second half is easily predictable at the early stages of the movie itself. Director Mani Ratnam has smartly found the balance of delivering a realistic action drama that covers the commercial aspect too. The climax twists are sensible, practical and provide the much-needed impact as well.