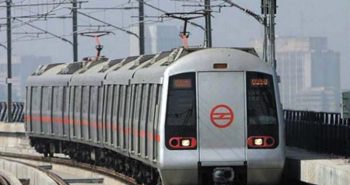 Delhi Metro has made it to the Limca Book of Records for erecting 200 girders in one of its upcoming lines within a month.

The feat has been achieved on the Noida – Greater Noida corridor.

DMRC chief Mangu Singh was formally handed over the certificate from the Limca Book of Records today.

“This is the maximum number of U-girders ever launched in any Metro corridor in India within a month. DMRC used six special trailers to transport the girders and six special cranes,” a DMRC statement said.

A total of 2002 such girders, structures that support small beams, were erected for the 30-km-long Noida – Greater Noida corridor which will have 21 stations, it said.