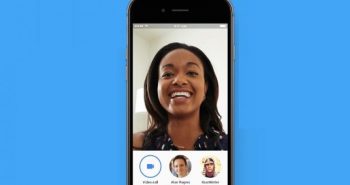 The feature was first launched in Brazil and now it is being rolled out to all app consumers worldwide.

Head of Google Allo and Duo, Amit Fullay confirmed the global launch on his twitter handle.

The audio-only calls would work well on all connection speeds and be data efficient, Google Vice President for Product Management Mario Queiroz said in a blog post after he announced the moves at a Google conference in Sao Paulo.